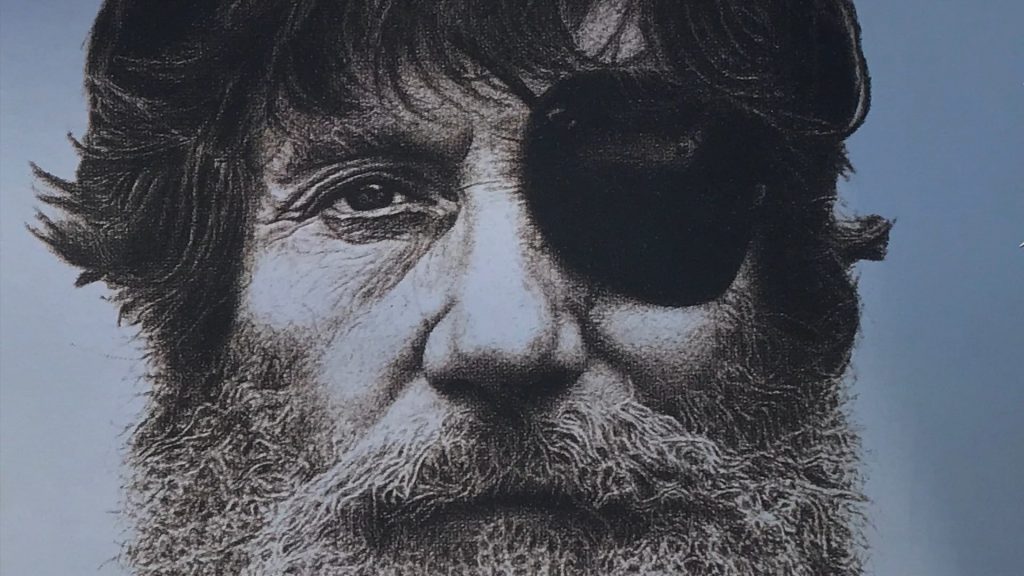 On July 9, 2017 a large crowd of people gathered for a “paddle out” in Santa Cruz, California to recognize one of surfing’s iconic legends, Jack O’ Neill. A paddle out is a memorial to honor a fellow waterman who has passed. This is an age-old tradition that involves forming a circle, holding hands, splashing and placing flowers in the sea.

As the morning fog lifted, a circle of people formed approximately a quarter mile offshore, along the Pleasure Point coastline, in front of O’Neill’s oceanfront home. The circle stretched almost a half-mile across. It is estimated there were more than 3,000 people in the water on surf and paddleboards and over sixty marine vessels joining in.

Moving amongst the groups of people on the cliff and in the water, one could hear many different languages spoken. This water clan had come from around the globe to participate in this historic paddle out memorial. There were extended generations of families, men and women, young and old. They had come to pay tribute and to honor a fellow waterman. Professional surfing champion, Shaun Tomson spoke the eulogy for Jack. His words were broadcast on loudspeakers for all to hear.

Jack O’Neill is regarded as one of the inventors of the modern-day wetsuit. He was instrumental in enabling millions of people to enjoy the cold-water ocean experience. He started his business in a garage along the Pacific Ocean on the Great Highway in San Francisco in 1952. It was here he launched one of California’s first surf shops and the O’Neill brand. Years later, O’Neill grew to be a multi-million dollar international business and was the leading company in the surf industry.

Locally, Jack gave generously to the community through an ocean educational Non-profit he helped found, O’Neill Sea Odyssey. This organization has been in operation in Santa Cruz for more than twenty years and has given nearly 100,000 school children from throughout the Bay Area the opportunity to experience the sea, and marine ecology, first hand.

The Jack O’Neill paddle out is likely the largest such event in surfing history.