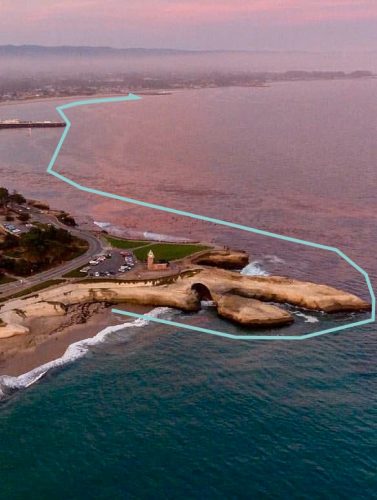 Mike Arenson, age 62, has lived in California for more than forty years.
He has been to the ocean, or in the ocean, almost every day he has lived there.
“I love to see the water, the waves, and watch the sky that meets the sea. It gives me peace,” he says.
Arenson’s goal is to swim in the ocean every day. He says it vitalizes and rejuvenates him.  The ocean is cold year-round in Santa Cruz,” he says. “In the mid-50’s deg F in the winter and low 60’s deg F in the summer. Most people are deterred from swimming here because of this. But I have to be in the water, to immerse myself. So I live with the cold, and put on a wetsuit when I need to.”

Arenson is working on a book about his swim life, entitled “Swimming at Seabright Beach.”  “It’s mostly about dealing with cold and my fear of sharks,” he cheerily explained.   “I come to the same beach so often, yet it is always different. I hope my story will inspire and enliven others in their appreciation of the ocean.”

The Swim  “Lighthouse to lighthouse” 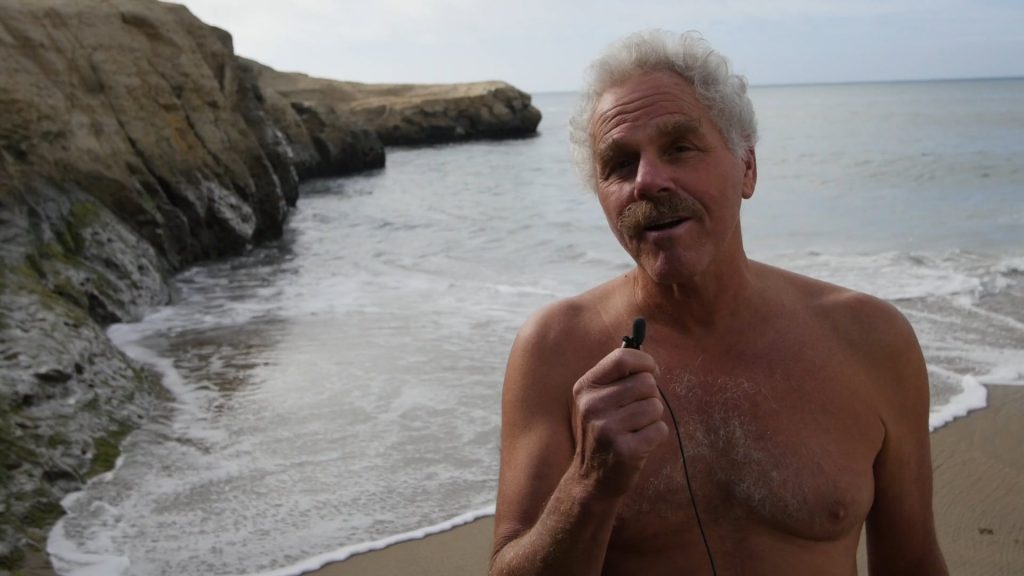 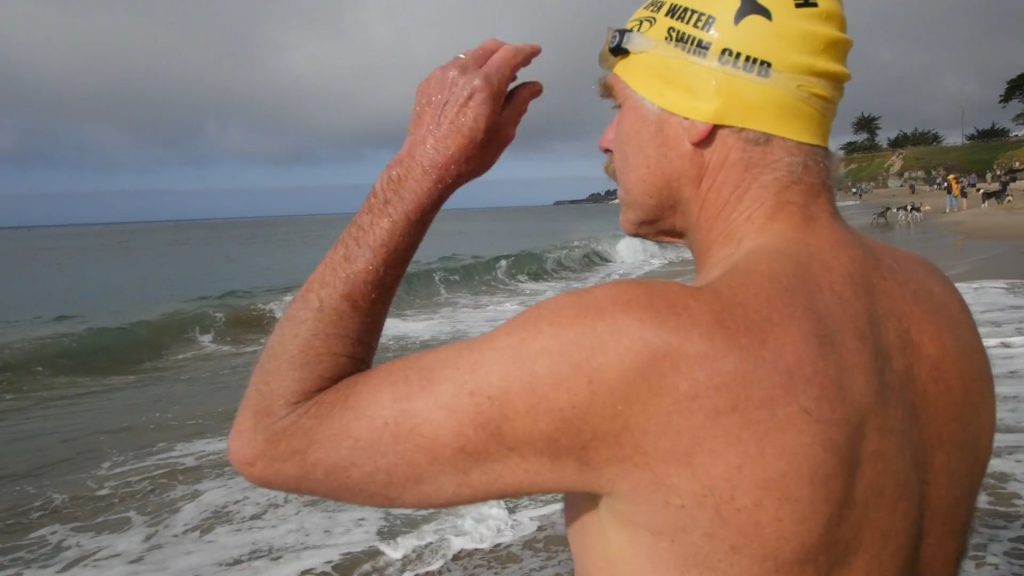 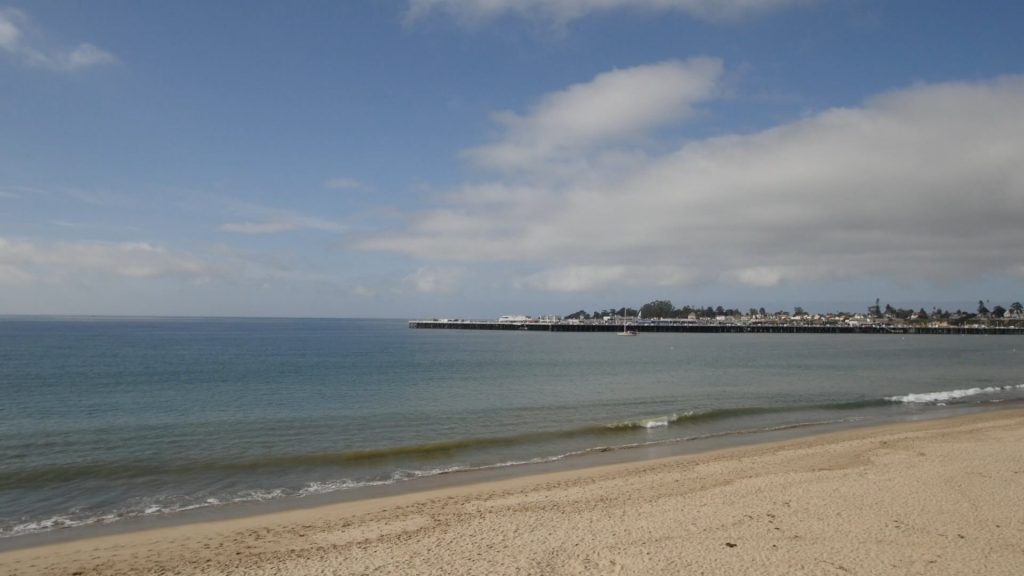 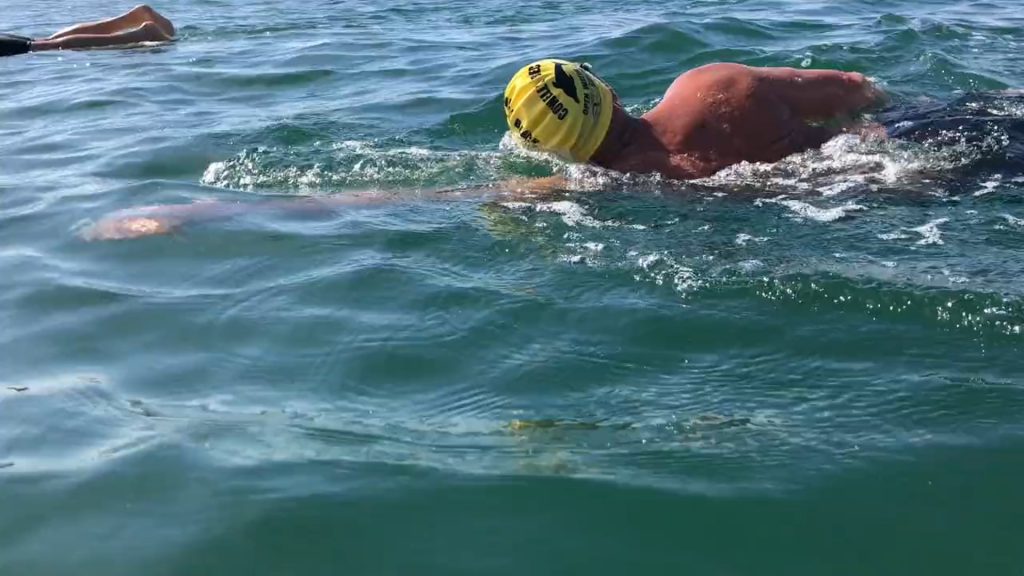